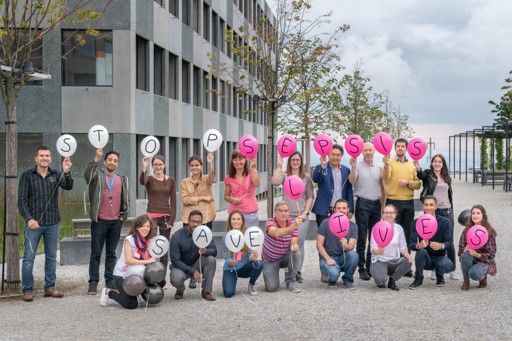 Lausanne, Switzerland, September 13th, 2017. Today is World Sepsis Day – since last year a lot has happened. Earlier this year, the 70th World Health Assembly has agreed on a resolution on sepsis, urging all countries to improve, prevent, diagnose and manage sepsis, positioning it as a global health priority. Furthermore, many national campaigns have been launched throughout the world, including the nationwide sepsis awareness campaign by the Centers for Disease Control and Prevention (CDC) in the United States of America and the official guidelines from the National Institute for Health and Care Excellence (NICE) in the United Kingdom. The direct consequences of such commitments from health organizations are the numerous implementations of quality improvement initiatives in hospitals. These initiatives are all contributing to reduce the burden of sepsis.

At the same time, the world’s fastest sepsis diagnostic test - 5 minutes to results - has been developed by Abionic, who supports the Global Sepsis Alliance (GSA).

Yet, sepsis kills more than breast and prostate cancers and hearth attacks together, despite the fact that it is preventable.

Furthermore, there is an additional factor that increases the risk of sepsis: growing resistance to antibiotics.

Nowadays, one of the major threats for the treatment of bacterial infections is the rise of antibiotic resistance which has become widely spread over the last decades. For Prof. Dr. Didier Pittet, Director of the Infection Control Program and World Health Organization Collaborating Center on Patient Safety at the HUG (University Hospital of Geneva), antibiotic resistance has become a silent pandemic issue in our society that could give rise to a world where benign infections would become untreatable.

The increase of drug-resistant infections puts pressure on clinicians who, on the one side must prevent complications of infections that may result in life-threatening sepsis, and on the other side use antibiotics only when needed. Therefore, a rational use of antibiotic is crucial to ensure efficacy while preventing further emergence and spread of resistant pathogens. Tools are unfortunately lacking today to aid clinicians in this difficult task.

The Abionic sepsis test will aid in the early identification of patients at risk of sepsis, directly in the emergency department. This ensures that only patients who need antibiotic treatment for infection or sepsis receive it, immediately. Furthermore, placed in the ICU, the test provides clinicians with the ability to perform a real-time monitoring of sepsis, aiding them to guide antibiotherapy, and thus ensure a substantially optimized use of antibiotics for every specific patient. By placing Abionic’s sepsis test directly in the ED and in the ICU, lives can be saved both by enabling early recognition of sepsis and by optimizing treatment; thus, fighting sepsis on both sides.

“We are proud to be part of the Global Sepsis Alliance and to contribute to the improvement of sepsis awareness worldwide. The abioSCOPE and its CE marked Pancreatic Stone Protein (PSP) sepsis test allows a real-time monitoring of patients at risk of sepsis at the bedside. We are extremely enthusiastic about our preliminary results and are confident that our ambitious international clinical program, supported by the sepsis Key Opinion Leaders (KOL), will confirm that the use of this biomarker at the point-of-care may significantly contribute to the reduction of the burden of sepsis” stated Dr. Fabien Rebeaud, Chief Scientific Officer of Abionic.

For the upcoming year, in order to continue the advances made since the last World Sepsis Day, it is mandatory to keep on raising awareness on the economic and medical burden of sepsis throughout the world and by ensuring immediate treatment. This can be achieved through consistent implementation of the WHO guidelines as well as significantly increased awareness on the side of patients and health professionals.

Abionic has developed and commercialized the abioSCOPE, a rapid point of care diagnostic platform to improve medical diagnosis. This revolutionary nanotechnology-based test system provides healthcare professionals with tools that help them to make a diagnosis from a single drop of patient’s blood. The first abioSCOPE applications are in allergy field. Abionic already commercializes a test measuring total IgE and the five-main respiratory specific allergens. Abionic products, such as the abioSCOPE (the reader), the tests containing nanofluidic sensors and the abioGUIDE (the application for smartphones and tablets) have been developed and assembled within the company.

Founded in 2010, Abionic developed its nanotechnology within the Swiss Federal Institute of Technology in Lausanne (EPFL).