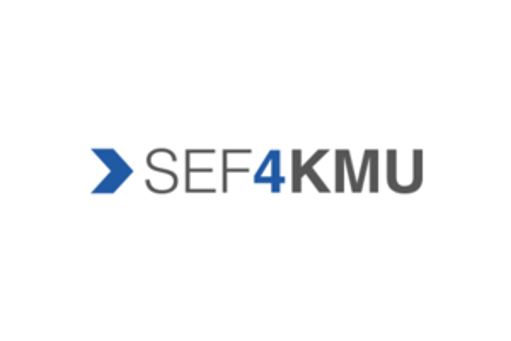 Abionic received the SEF High Potential certification, also known as SEF4KMU, granted by the Swiss Economic Forum to SMEs and young companies having a very high growth potential. The company also announced that it received the Finance Monthly Game Changers Award, that is granted to promising and innovating leaders around the world. Abionic is the only company having received this award in Switzerland.

Thanks to these 2 additional recognitions, Abionic is reinforcing its position as the most awarded young Medtech company in Switzerland, with more than 20 awards.

“Receiving this certification from the Swiss Economic Forum is a proof that Abionic has successfully completed its metamorphosis from start-up to scale-up”, declared Dr. Nicolas Durand, founder and CEO of Abionic. “The Jury composed of experts has recognized our ability to grow rapidly, and has as well indicated on which aspects we should continue to focus”.

”The Finance Monthly Game Changers award is a recognition of the quality of the work done these last few years “, declared Boris Iseli, CFO of Abionic. “An innovative business model and operational excellence are the foundations on which we’re building the future of Abionic”.

Abionic has developed and commercialized abioSCOPE, a rapid point of care diagnostic platform to improve medical diagnosis. This revolutionary nanotechnology-based test system provides healthcare professionals with tools that help them to make a diagnosis from a single drop of patient’s blood. The first abioSCOPE applications are in allergy and iron deficiency anemia. On top of this, Abionic has recently announced having received the European certification (CE mark) for the world’s fastest sepsis test.

Abionic products, such as the abioSCOPE (the reader), the tests containing nanofluidic sensors and the abioGUIDE (the application for smartphones and tablets) have been developed and assembled within the company.

Founded in 2010, Abionic developed its nanotechnology within the Swiss Federal Institute of Technology in Lausanne (EPFL). For further information, visit www.abionic.com.

Awards and grants received since 2010, non-exhaustive list, by order of reception :

Through its SEF4KMU initiative, also called “SME High Potential”, the Swiss Economic Forum (SEF) is supporting selected companies that have a strong presence in the market, offering them a complete support, with a strong orientation on practice. It offers future-looking SMEs a possibility to have their growth strategy assessed by entrepreneurs and seasoned experts, in an SQS certified process, as well as having it optimized in order to obtain the SEF “High Potential” quality label. The SEF certification allows companies to reinforce their position in the market, with regards to relations with stakeholders (suppliers, manufacturers and investment partners). More information : http://www.sef4kmu.ch