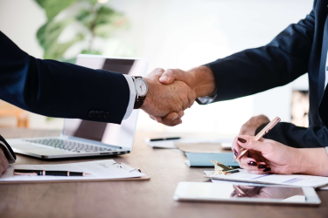 “As Abionic moves to its next stage of corporate development, Gerd and Nader’s knowledge and industry experience will prove invaluable,” stated Dr. Nicolas Durand, CEO of Abionic. “Gerd and Nader bring complimentary expertise from large diagnostics companies and start-ups that will support our goal to become a leading player in rapid, point of care diagnostics.”

"I am very pleased to be elected to Abionic's board and I am looking forward to support the company in the full exploitation of its superior technology in all fields of point-of-care diagnostics," Stated Dr. Gerd Grenner.

“It is a privilege to join a company with such impressive accomplishments, both from a technology and corporate development standpoint,” stated Nader Donzel. “Abionic has all the ingredients to become a major worldwide player in rapid point-of-care diagnostics.”

Abionic has developed and commercialized the abioSCOPE, a rapid diagnostic platform used in clinical laboratories and at the point-of-care to improve medical diagnosis. This revolutionary nanotechnology-based test system provides healthcare professionals with tools that help them to make a diagnosis from a single drop of patient’s blood. The first abioSCOPE applications are in allergy, iron deficiency diseases and sepsis. Abionic already commercializes a test measuring main European respiratory allergens and the total IgE, and one used to detect iron deficiencies. Recently, Abionic obtained the registration of its first rapid allergy tests in the United States by the Food and Drug Administration (FDA). Founded in 2010, Abionic developed its nanotechnology within the Swiss Federal Institute of Technology in Lausanne (EPFL), and is now based at the Biopôle of Lausanne, a life sciences community bringing together industry and academia.